Next to D’ni, a place both brutal and dark, RoonSehv was a haven of peace. Far from politics, and from squabbling guilds, RoonSehv was a place of peace where scholars, thirsty for knowledge were always pushing the limit of what was possible.
With the sun so far away from this Age, it was a dark place but yet, somehow, its atmosphere felt incredibly light… D’ni at the surface? Could it be?
Ri’Jame – Year 9309

I started the project in 2004. Back then, I was hoping to create it frame by frame. I already had my layout: based in the Myst universe, a parallel story of Atrus and his family.

I worked on dozens of low-resolution 3D frames and created, to the best of my availability, 2 new songs. I created my first enigma (which was later refined later versions).

Unfortunately, I felt as though the results did not match up with the time and effort I had invested, and I put the project on hold... 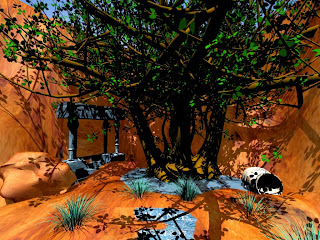 I scoured the internet for available and free software and found 3: UDK, CryEngine and Unity.

If UDK was the oldest of the three, it had many tutorials, more objects and support, and was easier to manage. 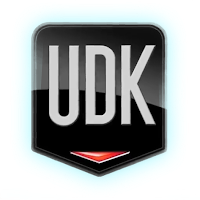 Working with UDK, I was pleased to find that not only was the creation of a level very fast, with the added Kismet programming the software could deliver pretty much everything I could envision in my mind.

It was incredible to see how far I had progressed in only a few months’ time! 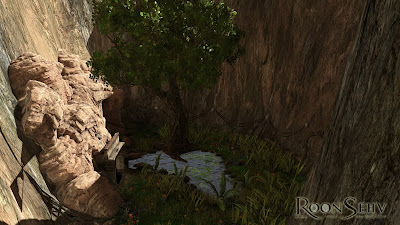 Reaching the desert
Much like Uru, the cavern leading to the Book of D’ni can be found in the desert. I believe this location makes it very discreet, and only few humans will have traveled this far.

Few, and yet… here you are, lost in the desert. Endless sandstorms have you walking blindly in the desert. With no sense of direction, you were walking helplessly when, all of a sudden, the ground opened up beneath you and you fell into darkness.

From this moment on, anything you though you knew, down to the way you perceive the world, will be called into question. 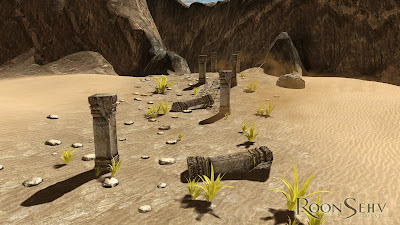 Motive
This project has multiple aims. First, I wish to create more adventures for the fans of Myst and to expand on the mysteries of this fantastical universe created by Cyan.

Second, this is also a way to familiarize myself with the UDK software. This type of software has contributed to such incredible games such as Unreal Tournament, Mass Effect and, more recently Bioshock Infinite, and will continue to inspire games to come (notably Xing and Obduction). UDK is limited by only your imagination.

And yet, I hope to keep my first game simple enough. For this first endeavor, I will limit myself to an FPP game with a restricted number of menus and icons, only enough to solve the quest. My understanding of the software will grow the more I use it, but for now I will create simple graphics to go along with my quest.

Although very basic, I do hope to complete a full story complete with a couple of riddles (which will force the player to pay close attention to the world around him), backgrounds, sound effects and music. 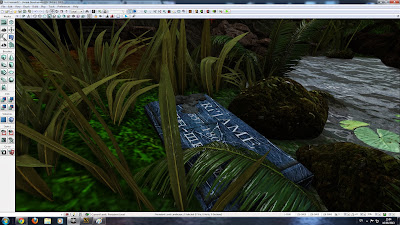 At the begining, alone, and with the help of tutorials, creating this game has been no easy task. I work full-time and can only get a couple of hours in after work, or on weekends. Restricted by both time and my own limited knowledge of the software, I recognize that development of the game has been a little slow. Still, with every difficulty encountered I learn a little bit more about the software. 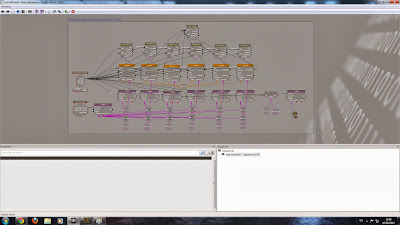 Completely free
This game is a labor of love and is free to play. Using free and licensed software, I have created the objects, sounds and textures used in the game. Should many more people become interested in te game, I hope to make it available once complete. Until then, this blog serves both as a journal of the progress so far, and as a memo. 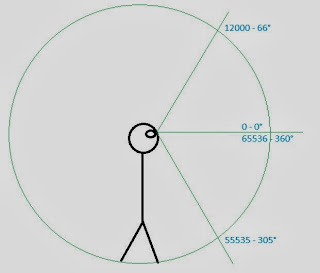 Music is the most challenging aspect for me. Although I greatly enjoy listening to it, my music skills are fairly limited and creating soundtracks (even minimal ones) seems out of my league.
Also alone, at the beginning, the result is now here: http://www.age-des-sons.com/ using Piboc! 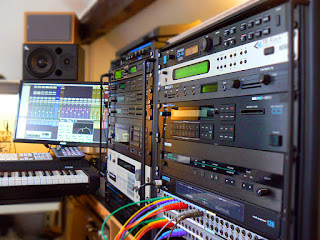 So that’s the story of the game! If you wish to get in touché with me (for questions, collaborations, or just to show your support) you can do so at my address
You can also leave a comment on the blog to let me know what you think!